The real story behind newspapers’ ‘migrant surge’ frenzy this week 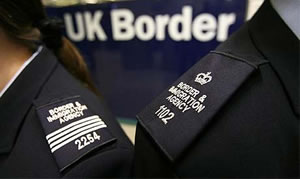 Reminiscent of pre-Brexit times, Wednesday’s front pages of four nationals and one London newspaper discussed ‘record numbers’ of migrants crossing the Channel and Priti Patel’s decision to give £54 million to France to try to hold back the rising number.

The front page splashes on The Daily Mail, Telegraph, Times, Metro, and the Express dubbing it as the ‘migrant crisis’ came in the wake of the second reading of Patel’s Nationality and Borders Bill.

It’s the harshest UK legislation to date regarding the right to claim asylum, making it illegal for those arriving by non-approved routes.

The news comes as a deportation flight was due to leave for Zimbabwe last night in what’s being regarded as the restarting of secretive deportation charter flights.

And there was a lot of reportage by Nigel Farage again, now a host of GB News, who presented his ‘migrant crisis’ commentary partly from a boat filming migrants off the coast.

Behind the sensational headlines, the numbers of migrants and the latest deal with France were seen as shortcomings in Patel’s management.

“The number of illegal migrants crossing the Channel into Britain passed the annual record yesterday as Priti Patel came under fire for failing to stem a steep rise in people making the journey,” the Times reported.

It added, “The Home Office said 287 migrants reached the UK in 12 boats, taking this year’s total to 8,474… It means the number of people who have made the crossing in 2021 is already higher than last year’s record-breaking 8,420 crossings, with more than five months to go.”

It went on to report quotes from fractious Tories highlighting the £28m Patel had previously given to France in November.

Renewed right-wing media excitement over migrants has been caused in the large part by finding themselves reporting a ‘record’ this year after a ‘record’ last year in the context of covering what represents the most visible route of asylum entry to the UK – particularly in good weather.

Yet the news outlets were not obliged to clarify that, despite heavy media coverage of Channel crossings, the overall number of asylum applications offered by the UK last year also dropped to the lowest level in nearly a decade.

In the year ending March 2021, the UK received 26,903 asylum applications from main applicants, a 24% decrease from the previous year, according to Home Office figures.

More concern might also be offered to the health conditions of those arriving. But stripped of context, media focus on increasing Channel crossings is ultimately a boon for anti-immigration lobbyists who can use it to urge greater hostility toward asylum seekers – which is what Farage is now doing on GB News.

Along with a process of right-wing media putting out alarmist information on migrant arrivals, the absence of wider context is also responsible for creating misleading ideas over what other ‘safe’ countries should or shouldn’t now be doing in terms of responsibility in helping the UK with its asylum-seeker concerns.

These four EU countries account for around three quarters of all first-time applicants in the EU-27. Worldwide around 85% of all refugees live in developing regions, i.e. not the EU or UK.

The overwhelming majority of refugees stay in the countries nearest to where they’ve been displaced which implies that those going to the lengths and risks of reaching the UK are driven by more than economic opportunism.

Adding this context might also help to develop proper channels for discussion instead of more channels for false narratives, typified by the part of Farage’s programme, called ‘Farage Barrage.’

This part sees him address, as an expert, viewers concerns on the ‘migrant crisis,’ like those who asked, ‘Why are the French getting UK donations again, or why can’t the £54 million go to the NHS instead?’

In a smile radiating honesty and manly chivalry, the GB News host laid the blame entirely on Patel, and the French for not doing their jobs.

But the reality of why Farage can get away with blaming Patel, the government, the French or whoever else besides himself for bad outcomes of Brexit, is because he’s not held to account for those outcomes.

Nor is he presented with essential questions now facing the government, such as why France, which gets three times more asylum applications than the UK, should really care all that much about the post-Brexit UK government and UK media and their latest ‘migrant crisis,’ unless now paid to…it seems.

Raoul Walawalker is a freelance journalist who writes on social affairs and immigration.

As you’re here, we have something to ask you. What we do here to deliver real news is more important than ever. But there’s a problem: we need readers like you to chip in to help us survive. We deliver progressive, independent media, that challenges the right’s hateful rhetoric. Together we can find the stories that get lost.

We’re not bankrolled by billionaire donors, but rely on readers chipping in whatever they can afford to protect our independence. What we do isn’t free, and we run on a shoestring. Can you help by chipping in as little as £1 a week to help us survive? Whatever you can donate, we’re so grateful – and we will ensure your money goes as far as possible to deliver hard-hitting news.