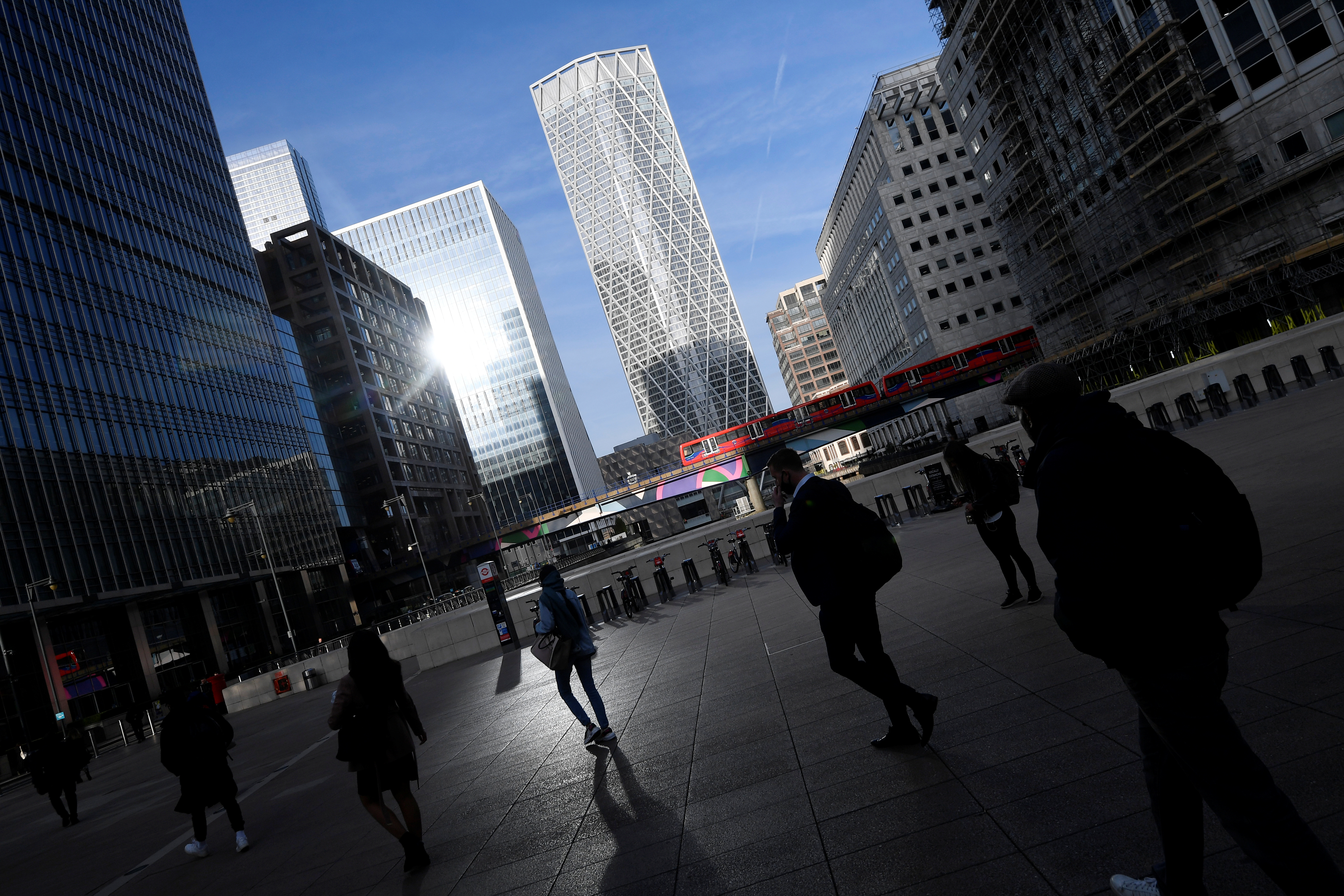 People walk during the morning rush hour in the financial district of Canary Wharf amid the outbreak of the coronavirus disease (COVID-19) in London, Britain September 28, 2020. REUTERS/Toby Melville

LONDON, Sept 6 (Reuters) – Britain must relax its new immigration rules to allow in more foreign workers and ease labour shortages caused by the coronavirus pandemic and Brexit, a leading employers group, the Confederation of British Industry, said on Monday.

Since COVID restrictions began to ease earlier this year, allowing the economy to reopen, companies have complained increasingly of a lack of workers especially in hospitality, food processing and logistics which has led to gaps on supermarket shelves and restaurant closures.

A shortage of truck drivers has forced some employers to offer signing-on and retention bonuses of up to 5,000 pounds ($6,900), and official data shows a record number of job vacancies. read more

The CBI said drivers, welders, butchers and bricklayers should be classed as shortage occupations for immigration purposes. This would allow easier access to visas, but also for the employers sponsoring them to pay salaries below thresholds for migrant workers under Britain’s new migration system.

The government has called on employers to train more British people to fill their vacancies but the CBI said that would take up to two years.

The pandemic and uncertainty about precise immigration rules had made it hard to prepare for the end of free movement for most EU workers on Jan. 1 of this year, it said.

“The government promised an immigration system that would focus on the skills we need rather than unrestrained access to overseas labour. Yet here we have obvious and short-term skilled need but a system that can’t seem to respond,” CBI director-general Tony Danker said.

The government had also failed to follow official advice on which jobs should qualify for shortage status, and rules on what kinds of training qualified for support under a government apprenticeship scheme were also too restrictive, the CBI said.

Britain’s government has been reluctant to ease its immigration rules. Last month the business ministry rejected a call from retailers and logistics firms for an exemption for truck drivers, and said the industry should improve pay and conditions instead. read more

The CBI said it did not expect the end of the government’s furlough programme on Sept. 30 – when several hundred thousand private-sector workers are likely to become unemployed – would make it significantly easier for companies to find staff.