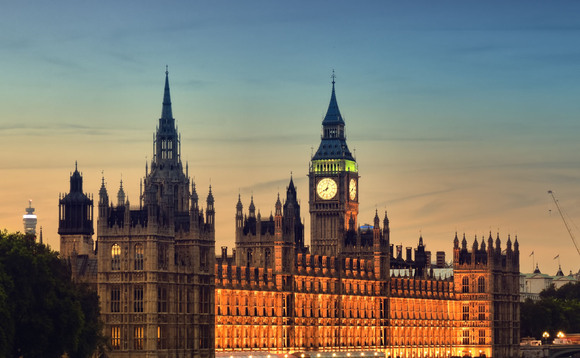 Prime Minister Boris Johnson has confirmed that National Insurance (NI) tax will increase 1.25% from April 2022 to fund social care reform and the NHS.

Laying out funding plans for health and social care, Johnson confirmed a 1.25% increase in NI tax, breaking a manifesto pledge made during the national elections in 2019.

Speaking to the House of Commons today (7 September), Johnson said that the new national levy will come into effect in April next year and that there would be no increase in income tax or capital gains tax, instead stating the cost of the reform packages would be “shared by individuals and businesses, and everyone will contribute according to their means.”

The Prime Minister claimed that the new levy will raise a total of £36 billion, the majority of which will go directly to the NHS over the next three years to clear the Covid-19 backlog and improve access to healthcare across the UK.

The levy will be based on national insurance contributions, including for those above the state pension age still in the workforce. Johnson stated that higher rate taxpayers, around 14% of the total, will pay half of the expected revenue, while those earning less than £9,568 will not have to pay more.

The increase will come into effect as April 2022 for those below the state pension age. As of April 2023, the levy will be introduced for pensioners that are still working.

“The plan that I am setting out today will fix all of those problems together. Of course, no Conservative government ever wants to raise taxes and I accept that, yes, that this breaks a manifesto commitment. But a global pandemic was in no-one’s manifesto.”

Details of the £5.4 billion NHS funding were announced yesterday (6 September), which included £1 billion to address the increasing backlogs caused by Covid-19 and to help deliver routine surgery and treatments for patients.

Speaking in the Commons, Johnson said that governments had “ducked this issue for decades” and that a reliance solely on private insurance because “demand would be too low for insurers to offer an affordable price.”

The package also comprises £2.8 billion to cover related costs such as enhanced infection control measures to keep staff and patients safe from the virus and £478 million to continue the hospital discharge programme, freeing up beds.

With waiting lists for NHS treatments potentially rising to as many as 13 million people, a statement detailing the funding acknowledged that waiting lists are likely to get worse before they begin to decease.

Commenting on the NHS funding plan, Health and Social Care Secretary Sajid Javid said: “Today’s additional £5.4 billion funding over the next 6 months is critical to ensuring the health service has what it needs to manage the ongoing pandemic and helping to tackle waiting lists.

“We know waiting lists will get worse before they get better as people come forward for help, and I want to reassure you the NHS is open, and we are doing what we can to support the NHS to deliver routine operations and treatment to patients across the country.”

Laying out his plans for social care reform, Johnson detailed a cap of £86,000 for lifetimes payments towards social care for individuals, the equivalent of around three years of care.

Under the new plans, as of October 2023 the social care system will change so that anyone with assets worth less than £20,000 will have their care costs fully covered by the government. However, this applies only to those that are starting care.

People with assets between £20,000 and £100,000 will be expected to contribute to the cost of care, but will also be eligible for state support covering some of the costs, based on means testing.

Commenting on the changes to social care, Peter Hamilton, head of market engagement for Zurich UK, and disability and access ambassador for the insurance sector said: “It is good to see some detail and concrete proposals from the Government on social care reform. The devastation in care homes caused by the pandemic simply reinforced the urgent need for systemic change. Whilst the exact methods of raising funding may be debated, the Government is right to find a long-term funding solution to address the inadequacies and inconsistencies in the current system.

“These proposals will ensure clarity for people around the level of support they can expect to receive from the State, as well as what they will be expected to contribute themselves through National Insurance and dividend tax. Whilst Zurich welcomes how these proposals will enable people to plan for their own futures or those of loved ones, the Government should widely consult whether their chosen methods of revenue raising are the best and most equitable available.

“The insurance industry stands ready to investigate if its range of private insurance products can also provide a solution to this longstanding societal problem.”