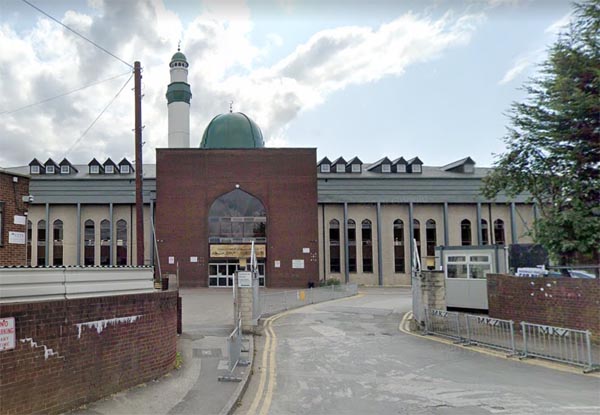 Recently, we saw a piece in the Mail, featuring a book by Ed Husain, soon to be published in the UK under the title “Among the Mosques: A Journey Across Muslim Britain”.

Husain was once an advisor to Blair and with Maajid Nawaz in 2008, founded the think tank Quilliam. This has acquired a somewhat chequered reputation in some quarters, and is still attracting hostile coverage, even though it was wound up in April.

The Mail couches its feature in typically lurid terms, describing how Husain visited mosques across Britain to see the Muslim communities worshiping there, by which means he sought “to investigate integration”. He has now “has revealed” how parts of Blackburn are “no-go areas” for white men, while ultra-orthodox parents in Bradford make children live under Taliban-like rules.

Pete has reviewed the Mail piece and adds to it from his own first-hand experience, having been born in Dewsbury and lived his early life in Bradford.

However, while some of Husain’s rather generic claims ring true, I am not sure he is a position to offer (or, in fact has offered), any particularly penetrating assessment of the state of play in the Pakistani communities in the Northern towns of England.

But then, Husain’s great claim to fame is that he was radicalised in his youth and trained for Jihad by the same people as Omar Khyam, leader of the Bluewater bombers. But, in terms of background, he was born and brought up in the East End of London. His father was born in British India and his mother in East Pakistan (now Bangladesh), although she has Saudi Arabian heritage, specifically in the Hejaz region.

This, and periods spent living in Saudi Arabia and Syria, is by no means the best qualification for the task Husain has currently set himself, commenting on the kaleidoscopic communities throughout the length and breadth of Great Britain.

Furthermore, his methodology does not seem particularly inspiring. He researched his book by “turning up unannounced” to the communal Friday prayers at the central mosque in cities across the country, and then chronicled conversations with taxi drivers, business owners, Imams and local white people about the mosques and the surrounding community.

From this, he paints “a worrying picture of divided communities” – with white people in towns across the country admitting there are “no-go areas” where they fear being physically attacked.

That notwithstanding, I would not disagree with his observation that parts of areas like Bolton, Dewsbury and Blackburn are “a different universe”. It is certainly true in parts of these and other areas, “A Muslim can spend months with no contact whatsoever with mainstream ‘white’ Britain”.

In [parts of] Bradford, he writes, Muslim parents have banned children from taking part in drama, theatre and dance classes as well as drawing, in echoes of rules implemented by the Taliban in Afghanistan and ISIS in Syria. They are “physically in Britain but mentally living elsewhere”, he asserts.

Where I disagree with Husain – and most profoundly – is with his determination to group a markedly heterogeneous group under the single, catch-all description of “Muslims”, despite Islam as a faith being diverse in its application, and lacking any hierarchical organisation of the type seen in the Roman Catholic and other Christian religions.

Doubtless, from a book-writing perspective, it is far more lucrative to take a pop at “Muslims”, effectively couched as a generic threat. That will ensure the attention of the Mail and the likes of the Telegraph, which has also published a feature, this one under the heading: “Multiculturalism is a noble aim that has gone wrong”.

In the real world, however, each community (or groups of communities) have their own identities, characteristics, problems and challenges. You can no more generalise about Bangladeshis in the East End of London and the Pakistanis in Bradford that you can about the (largely) Jamaican communities in Brixton and the Somalis in Cardiff.

But, when it comes to places such as Bradford and the surrounding towns such as Batley and Dewsbury, strictly speaking we are not even talking about Pakistanis but Kashmiris. And, for those, about 70 percent originate from one defined and limited area of Miripur.

I first had a stab at writing on this in September 2014 in respect of the Pakistani sexual grooming scandal, when I cited Simon Danczuk, the Labour MP for Rochdale, who at least had some appreciation of the problems, referring to “poor men from rural Kashmiri communities, or second- or third-generation Kashmiris or Pakistanis who have developed or inherited an openly violent misogyny”.

I wrote again on the subject, a day later, oddly enough also referring to a Mail, this one featuring Labour peer. Lord Ahmed, complaining about the failure of British mosques to exercise credible leadership, sufficient to attract and influence young Moslems, and assist in socialising them.

These men, he averred, needed help with issues such as sex education, teenage pregnancy, drink and drugs – all the things other young people have to cope with. But they were taboo in most mosques. If a British-Pakistani boy tried to talk to an imam about it, he would look at him blankly.

Said Ahmed, many mosques are dangerously cut off from the rest of society, rooted in the ancient world, not the modern one. This approach is reflected by the way imams behave. Many rarely mix with other faiths, they are inward-looking and devote much of their energies to attacking rival sects.

Ironically, Ahmed, himself a Kashmiri who then lived in Rotherham, briefly served a prison sentence in 2009, following a fatal motorway crash, and “retired” from the House of Lords in 2020 before he could be expelled, after being found guilty by the Labour Conduct Committee of sexually exploiting a young woman. Nonetheless, some of his comments suggested that he had a better handle on the situation in Yorkshire than outsider Ed Husain.

Of particular note was the effect of the Biradari code. In the version specific to the Miripur region, this sub-clan kinship ties the UK communities to the home country, which – as a UK government report indicated, is going through a form of revival, and that its effects are most tangible in the area of politics, where younger, British born politicians are as likely as politicians of the older generation to exploit the influence of the baradari as a route and passport for mobilising block votes.

The net effect of this and other influences are manifest in Yorkshire and other communities predominately of Kashmiri origin, to the extent that integration is going backwards. They are less integrated and more isolated than they have ever been.

That they are Muslims is most definitely a factor, but more of a symptom than a cause of local tensions. The real problem, as I wrote in 2014, is that so many of them are dregs: inbred, backward, poorly-educated, bigoted, misogynist, and corrupt. Even amongst cultured Pakistanis, Miripur Kashmiris are regarded as a politically highly disorganised community that is socially, educationally, economically and politically backward.

The extent of the segregation and their impact on local communities can be seen from the sheer scale of the Mosque in the Savile Town area of Dewsbury (pictured). As a family, we used to enjoy visiting the weekly market in the town centre, but no more. It has become one of those “no-go areas”, where one senses that our presence is unwelcome.

But it would be wrong to characterise this solely as a Moslem response. Here, in Yorkshire, we have a Kashmiri problem, which generates its own particular style of fanaticism. Thus, Ed Husain seems to have shed very little light on the real issues.